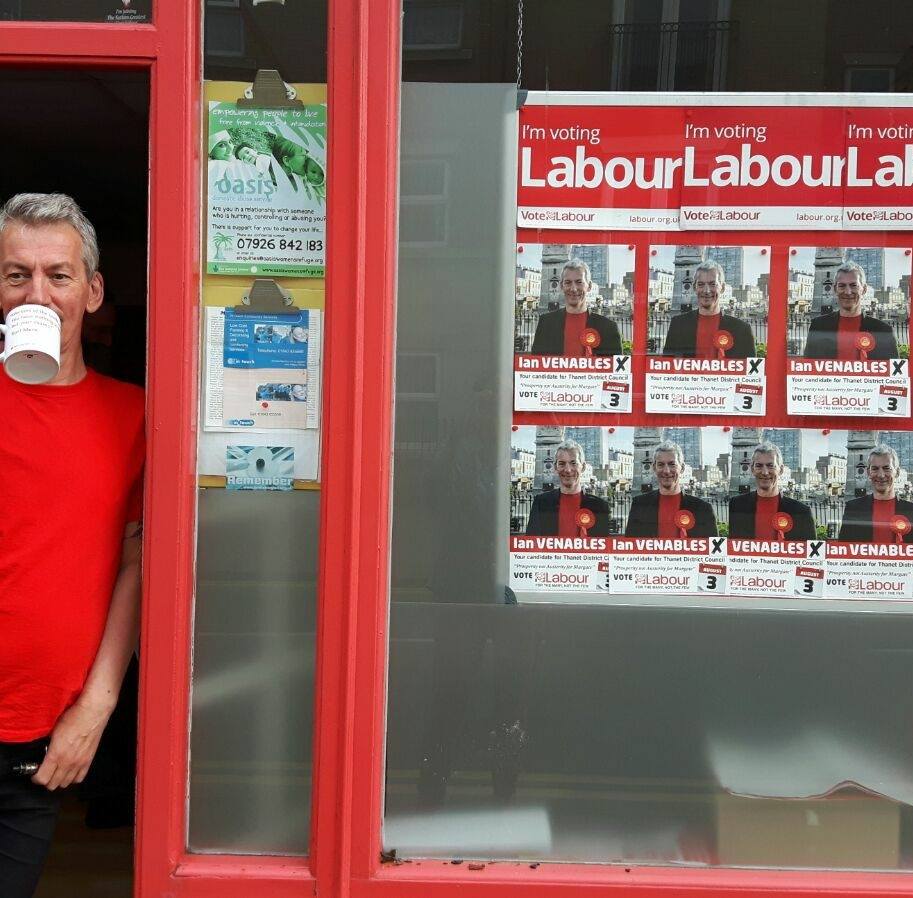 Be part of the campaign to win the Margate Central seat for Labour!

The by-election is on Thursday 3 August and our candidate is Ian Venables who, with his agent, Emma Cooney, has been running a highly enthusiastic and well organised campaign ever since the by-election was called.  Ian is an excellent and truly local candidate who is well-known in the area, having worked in public health in Margate for 25 years.

This ward has two councillors, one of whom is Iris Johnston who has been the Labour councillor on this ward for many years. She has always done a brilliant job and is well-known in the area as a dedicated councillor, so this has given Ian’s campaign a tremendous head-start. Iris was once a Parliamentary candidate almost toppling Roger Gale!

This is definitely a winnable seat for Labour and with the recent excellent results for Labour in the general election, there are motivated activists who are determined to put every effort into winning this seat.  However, more volunteers are needed and there is a chance for you – whether you are a seasoned campaigner or completely new to the party and to campaigning – to get involved and to be part of a winning team in Margate. There’s plenty to do, either in the office, on the doorstep or out leafleting.

Get in touch – even if you only have an hour to spare!