Campaigning for Labour is an art! 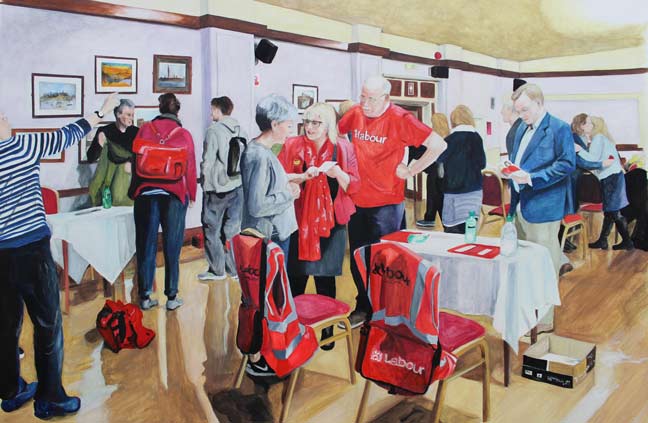 The North and South Thanet Labour Party Election Academy was a hugely successful event. Held in Ramsgate at The Oddfellows Hall, this event brought together members from across Thanet to participate in a day of training, activism and inspiration.

With around 50 participants, the feeling from all was that this was a really worthwhile day and one that everyone had benefited from.

Amongst our number was Jemima Brown, who has since created this beautiful painting which captures the day perfectly. Depicted wonderfully are Labour activists who will instantly recognise themselves thanks to Jemima’s obvious artistic skills.

Not only are we a social bunch of socialists, we are a diverse crowd bringing many talents to the table. If you support the Labour cause and want to see socially responsible, caring and compassionate government, locally and nationally, why not join the current campaign teams fighting to win at Kent County Council and Westminster levels? We need volunteers with many kinds of skills from leafleting to data collation and from copy writing to canvassing. If you have the willing, we have a role!