Jeremy Corbyn draws crowd of over 3,000 in Ramsgate 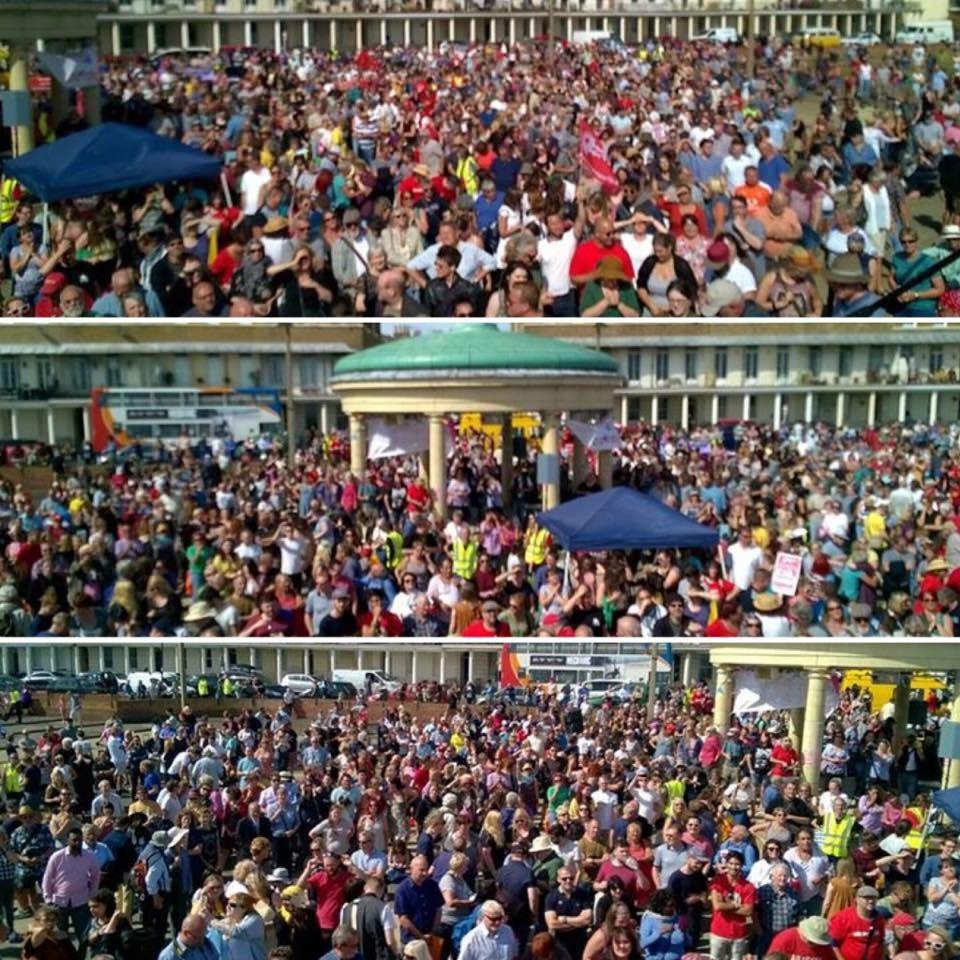 An enthusiastic crowd of over 3,000,as reported by the BBC, gathered on the East Cliff in Ramsgte to listen to Jeremy Corbyn on Saturday.  With local speakers too – Cllr Karen Constantine and other Labour Party representatives including Raushan Rahman and Stuart McCann (BAME and Trades Union representatives, respectively) – Jeremy addressed the packed crowd.  He spoke of the need for massive support and regeneration in the south east, particularly in those ‘left behind’ communities, such as Ramsgate.

The local party is delighted to report further new members as a result of the visit.

Jeremy has a particular affection for South Thanet and has paid lower key visits in the past to help local activists with election campaigns.  Following the rally, Jeremy attended a South Thanet fundraiser barbecue.