Labour activists gain support for the NHS in Ramsgate 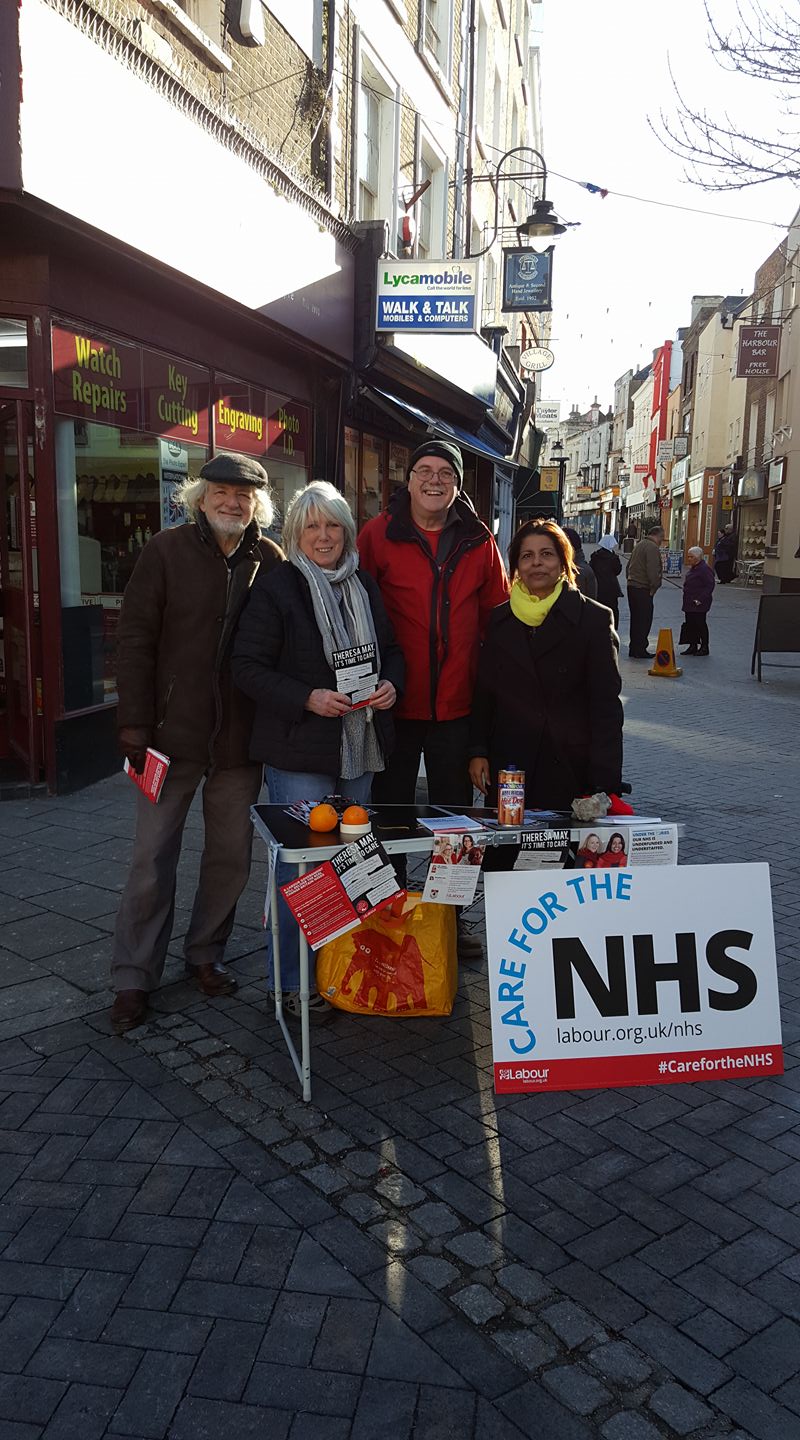 Labour activists were out in Ramsgate town centre as part of the Labour Party’s national campaign in support of the NHS.  With a winter crisis that is unprecedented, this government is willing to blame doctors and nurses, GP surgeries and hospital trusts as a way of covering up their own refusal to adequately fund the services that we all depend on.

Let Theresa May and Jeremy Hunt know that the NHS is vitally important to you by writing them a message here.

Come and join us in Ramsgate town centre again tomorrow between 10am and 3pm.

A new party political broadcast from Labour targets the underfunding of the NHS.   This video shows a woman walking around an empty hospital warning the health service is at risk from the “reckless neglect” of Theresa May’s government. “The NHS was created to are for us, now the NHS needs our care,” the woman says – she’s right.