Labour candidates out in Northwood for by-election 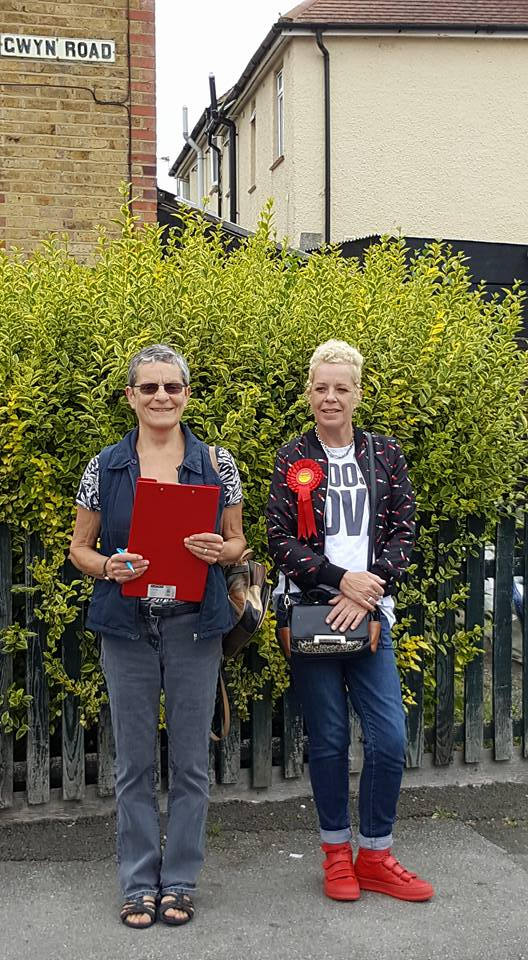 Northwood has had a bit of a rough time recently with two of their elected councillors first defecting from from UKIP and then going AWOL.  There has been a huge amount of publicity surrounding the pair and it’s not worth going over all of this but, at last, they have gone and a by-election means that residents can elect councillors who will offer dedicated, committed service to them, as they deserve.

Labour’s candidates – Helen Crittenden, Mary Dwyer-King, Pat Moore and Kaz Peet have all been out knocking on doors and speaking to residents.  With a very broad range of experience and skills, they are confident of being able to really represent and speak out for everyone who lives in Northwood.

Cllr Jenny Matterface (seen here with Kaz Peet), who knows all about dedicated service, has been coming over regularly to help with the campaign as have many activists from other branches and even further afield.

Helen Crittenden said yesterday, after a full day’s campaigning “Living in the ward means I really do know the issues that are most important to people and, by speaking to them on the doorstep, I’m finding out even more about their concerns.”

Kaz Peet has been speaking to core Labour voters, those that haven’t yet decided and also people that have voted UKIP but who have decided to come back to Labour.

Mary Dwyer-King and Pat Moore are both experienced councillors and in their conversations with people they’ve been promising to use that experience to support and to speak out for Northwood residents.

With only one councillor to serve them in the past 9 months, it’s about time that Northwood was properly represented.  Labour have selected four women who want to work hard for Northwood and who are determined to make a difference.