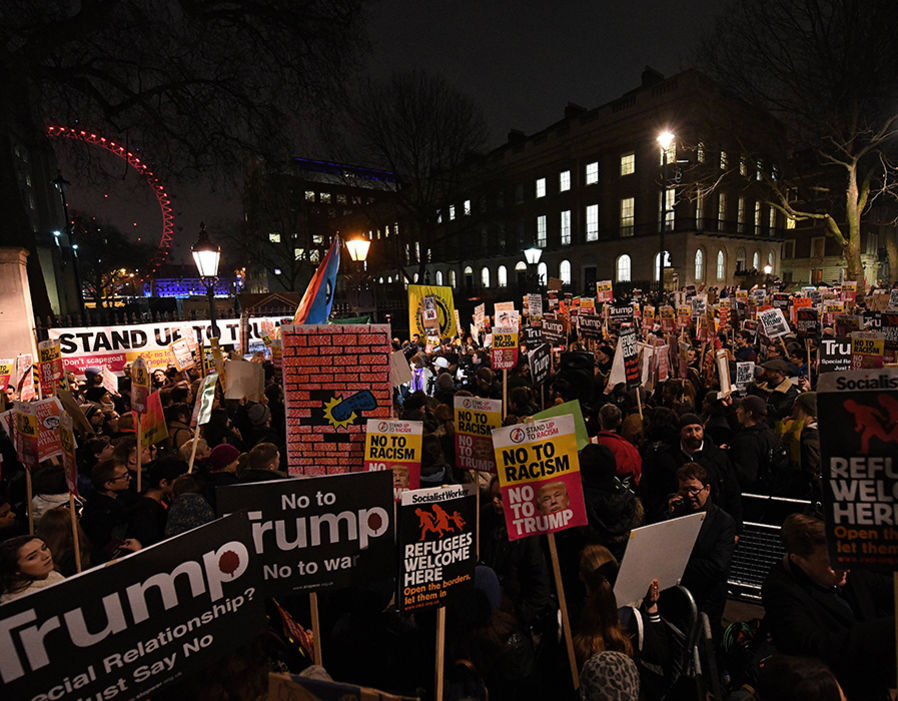 In common with so many in the UK, in the US and around the world, local Labour party members took to the streets in protest this evening at the actions of Donald Trump in imposing his ‘muslim ban’ and those of the Theresa May in upholding an invitation to Trump to make a state visit to the UK.

Labour members either joined the huge protest in Westminster on Monday evening or gathered outside the office of South Thanet MP, Craig MacKinlay, in Broadstairs.

Protestors called on the British government to withdraw its invitation to Trump.

Jeremy Corbyn has made very clear his opposition to the ban and has said that Theresa May should not be endorsing Trump until it was clear that his Government was ‘actually going to protect fundamental rights and freedoms and laws.’

He went on to say that’ Donald Trump should not be welcomed to Britain while he abuses our shared values with his shameful Muslim ban and attacks on refugees’ and women’s rights.’