Our parliamentary candidate goes beachcombing for the NHS 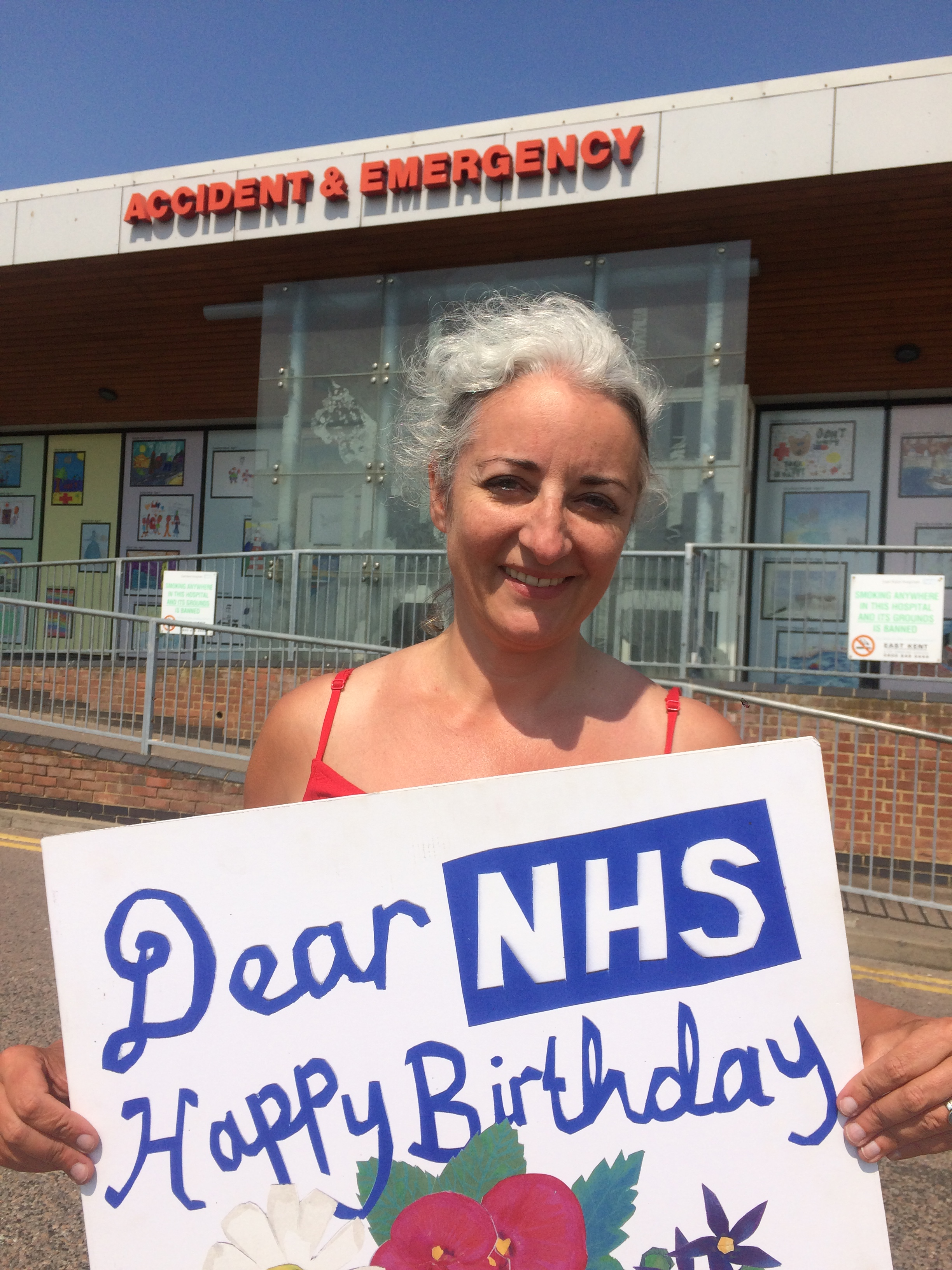 She said: “We must unite to save our NHS”

Labour’s parliamentary candidate for South Thanet went beach combing for signatures to celebrate 70 years of the NHS on Saturday.

Later that day, she presented the card to delighted staff at Margate’s QEQM hospital.

The event was part of the Labour Party’s national celebration of the date 70 years ago when the NHS was first established.

Rebecca said: “I was tremendously moved by the support I found for our NHS along the way. People are devoted to our health service and deeply concerned about its future.”

Rebecca added: “The setting up of the NHS is the Labour Party’s greatest achievement, and so we are of course proud to celebrate its 70th Birthday. But it’s also vitally important for us to express our support for it now, when it’s under threat from an appalling policy of austerity, cuts and privatisation. Here in Thanet, we face threats to stroke services at QEQM and the decimation of our local GP surgeries and dentists. But we will not let these things go without a fight. We must unite to save our NHS.”

For more information, pictures or an interview with Rebecca, please ring Christine Tongue on 07508682817.