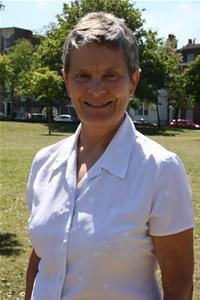 For the sixth year running Chancellor Osborne has missed his self imposed deficit reduction targets. In 2010 he offered a ‘cast iron’ guarantee to reduce the deficit. And yet he continues to blame the Labour Party for this and the parlous state of the economy.

‘”The chancellor has warned us about an even bleaker global outlook; it’s pretty bleak for the low paid and unemployed in South Thanet already. Osborne’s plans to reward savers amongst the poorest people are questionable. I was surprised to hear him say that this was a response to those who say they can’t afford to save for a house & a pension. For a lot of our residents in Thanet the stark choice is between eating or heating.”

The Thanet Labour Party is also worried about the impact of removing schools from local authority control and driving all schools to become academies. There is no evidence that indicates that this will work.

The Thanet Labour Party would like to see a Labour budget, one that will deliver fairness for all and protection for the most vulnerable. This budget fails the poorest & weakest in our society. This is a budget that gives tax cuts for the well off paid for by benefit cuts to the disabled and poor.