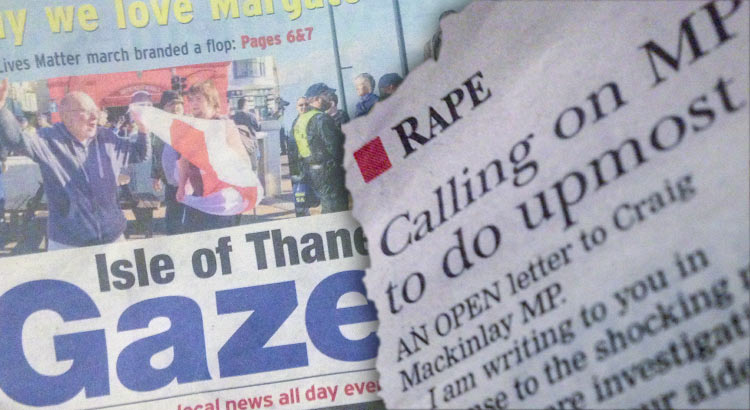 The call to examine the figures and look at the way victims of sexual crime are treated has also been made by Ramsgate councillor Karen Constantine.

She said: “This is not just about the figures. It is also about making sure that where there are sexual crime victims that we have sufficient police staffing to follow the proper protocol, such as sending a woman officer to a woman victim and having officers with proper training. At the moment that is not always able to happen because the police are under-staffed.

Cllr Constantine has been in touch with Mr Mackinlay and PCC Matthew Scott about the issue. She originally raised it when there were concerns that the lack of night lighting in Ramsgate was contributing towards crime and now says the figures should be analysed thoroughly to make sure Thanet isn’t suffering an isolated problem.

She said: “I alerted Craig Mackinlay to a problem in respect of unlit streets in October. A heinous stranger rape was committed on his own street. He agreed the lack of street lighting could have played a part. Since then I have alerted him to three more episodes of the same type of crime.”

For the full story from Kent Live.