Wishing us all a happy (happier?) new year! 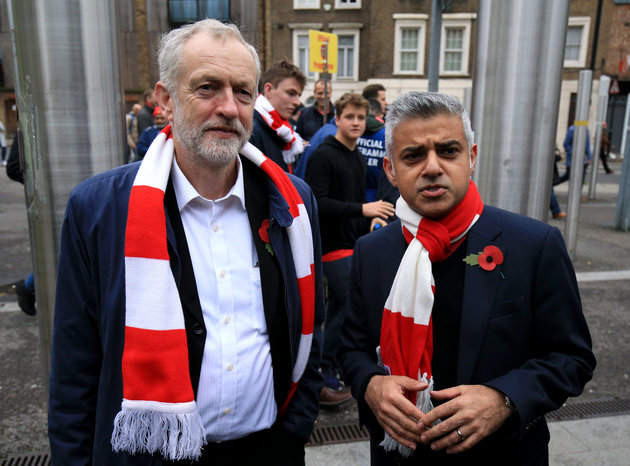 It’s undoubtedly been a depressing year, particularly for those of us on the left of politics.  Whether it be Brexit at home or the election of Trump in the States, the refugee crisis and the war in Syria, there has been plenty to depress us.  With the onset of winter, the year-round problem of homelessness and the shortage of housing becomes ever more obvious and whether we’re the 5th or 6th largest economy in the world it remains shocking that we have a government that allows this problem to not only persist but to get worse.

We’ve seen a Conservative government largely ignoring the harsh realities of poverty, low-incomes, lack of housing and jobs that have been caused or made worse by their policies as they focus all their attention on Brexit – the scenario that no one had planned for and which they are only now realising is a nightmare in terms of any positive untangling of the UK from the rest of the EU.

But there have been positives this year and the election of Sadiq Khan, the re-election of Jeremy Corbyn and the massive upsurge in Labour Party membership all speak to people wanting to make a positive difference, wanting an alternative, determined to play a part in offering a new vision.

If you’ve not yet joined the Labour Party, why not come along to any of our meetings – you are more than welcome – and see whether you might want to join up.  There’s plenty to do and we’re a pretty social, as well as socialist, bunch.  Even if you don’t have time to play an active part, simply by joining you are able to make a real difference. (Press the JOIN button above if you would like to sign up)

We’d like to wish everyone a very happy new year.   Small acts of kindness, everyday working together, volunteering in our communities, working for a positive political future, valuing and thanking people, celebrating the good things that happen, listening to people (even those we don’t agree with) – there’s plenty of this going on and the more of it there is, the more we can all contribute to these things then this is a way of making sure that 2017 is a great year.

On that note, let’s have a look at some of the positive things that happened in 2016.

Maybe we should make sure that although we track the most depressing news of the day we balance this with a healthy dose of what’s positive in our world?

Wishing you and yours, and the rest of the world, the very best for 2017